In a tech startup industry that loves its shiny new objects, the term “Big Data” is in the unenviable position of sounding increasingly “3 years ago”. While Hadoop was created in 2006, interest in the concept of “Big Data” reached fever pitch sometime between 2011 and 2014. This was the period when, at least in the press and on industry panels, Big Data was the new “black”, “gold” or “oil”.

However, at least in my conversations with people in the industry, there’s an increasing sense of having reached some kind of plateau. 2015 was probably the year when the cool kids in the data world (to the extent there is such a thing) moved on to obsessing over AI and its many related concepts and flavors: machine intelligence, deep learning, etc. Beyond semantics and the inevitable hype cycle, our fourth annual “Big Data Landscape” (scroll down) is a great opportunity to take a step back, reflect on what’s happened over the last year or so and ponder the future of this industry. In 2016, is Big Data still a “thing”? Let’s dig in..

The funny thing about Big Data is, it wasn’t a very likely candidate for the type of hype it experienced in the first place. Products and services that receive widespread interest beyond technology circles tend to be those that people can touch and feel, or relate to: mobile apps, social networks, wearables, virtual reality, etc. But Big Data, fundamentally, is… plumbing. Certainly, Big Data powers many consumer or business user experiences, but at its core, it is enterprise technology: databases, analytics, etc: stuff that runs in the back that no one but a few get to see. And, as anyone who works in that world knows, adoption of new technologies in the enterprise doesn’t exactly happen overnight. The early years of the Big Data phenomenon were propelled by a very symbiotic relationship among a core set of large Internet companies (in particular Google, Yahoo, Facebook, Twitter, LinkedIn, etc), which were both heavy users and creators of a core set of Big Data technologies. Those companies were suddenly faced with unprecedented volume of data, had no legacy infrastructure and were able to recruit some of the best engineers around, so they essentially started building the technologies they needed. The ethos of open source was rapidly accelerating and a lot of those new technologies were shared with the broader world. Over time, some of those engineers left the large Internet companies and started their own Big Data startups. Other “digital native” companies, including many of the budding unicorns, started facing similar needs as the large Internet companies, and had no legacy infrastructure either, so they became early adopters of those Big Data technologies. Early successes led to more entrepreneurial activity and more VC funding, and the whole thing was launched..

The above explains why, a few years after many of the high profile startups were launched and the headline-grabbing VC investments made, we are just hitting the deployment and early maturation phase of Big Data. The more forward-thinking large companies (call them the “early adopters” in a traditional technology adoption cycle) started early experimentation with Big Data technologies sometime in 2011-2013, launching Hadoop pilots (often because it was the chic thing to do) or trying out point solutions. They hired all sorts of people whose job titles didn’t exist previously (such as “data scientist” or “chief data officer”). They went through various types of efforts, including dumping all their data in one central repository or “data lake”, sometimes hoping that magic would ensue (it generally didn’t). They gradually built internal competencies, experimented with different vendors, went from pilots to departmental deployments in production and are now debating (or, more rarely, implementing) enterprise-wide roll outs. In many cases, they are at an important inflection point where, after several years building Big Data infrastructure, they don’t have (yet) much to show for it, at least from the perspective of the business user in their companies. But a lot of the thankless work has been done, and the disproportionately impactful phase where applications are deployed on top of the core architecture is now starting. The next set of large companies (call them the “early majority” in the traditional technology adoption cycle) has been staying on the sidelines for the most part, and is still looking at this whole Big Data thing with some degree of puzzlement. Up until recently, they were hoping that a large vendor (e.g., an IBM) would offer a one-stop-shop solution, but it’s starting to look like that may not happen anytime soon. They look at something like our Big Data Landscape with horror, and wonder whether they seriously need to work with all those startups that often sound the same, and cobble those solutions together. They’re trying to figure out whether they should work sequentially and progressively, building the infrastructure first, then the analytics then the application layer, or do everything at the same time, or wait until something much easier shows up on the horizon. The Ecosystem is Maturing Meanwhile, on the startup/vendor side, the whole first wave of Big Data companies (those that were founded in, say, 2009 to 2013) have now raised multiple VC financing rounds, scaled their organizations, learned from successes and failures in early deployments, and now offer more mature, battle-tested products. A handful are now public companies (including HortonWorks and New Relic which did their IPO in December 2014) while others (Cloudera, MongoDB, etc.) have raised hundreds of millions of dollars. VC investment in the space remains vibrant and the first few week of weeks of 2016 saw a flurry of announcements of big founding rounds for late stage Big Data startups: DataDog ($94M), BloomReach ($56M), Qubole ($30M), PlaceIQ ($25M), etc. Big Data startups received $6.64B in venture capital investment in 2015, 11% of total tech VC. M&A activity has remained moderate (we noted 35 acquisitions since our last landscape, see notes below). With continued influx of entrepreneurial activity and money in the space, reasonably few exits, and increasingly active tech giants (Amazon, Google and IBM in particular), the number of companies in the space keeps increasing, and here’s what the Big Data Landscape looks like in 2016: 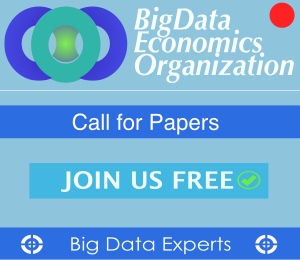 Click to see more! There are way a lot more :)
Close